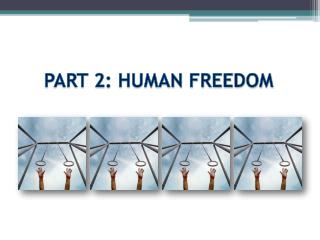 PART 2: HUMAN FREEDOM. FREEDOM. INTRODUCTORY QUESTIONS Why is it that human beings, and not animals are only able to act morally Define a human action. Is freedom limited? What’s the difference between freedom and licentiousness? Does grace diminish freedom?. Freedom and the Catechism. 12: Leibniz Discovery of Universal Freedom - 1 the occasionalism of malebranche . descartes aims to show the independence

Human Factors for Part 135 Air Operators - . beyond filling the square. human factors and/or crm training?. who? where?

Freedom of Expression - . selena mariscal gabriel estrada per.5. freedom of expression- freedom of speech is the freedom

The Bill of Rights - . the first 10 amendments to the u. s. constitution. the first a mendment: freedom of expresssion.

China and Human Rights - . 1) china: freedom to vote . only one party—communist other political parties are illegal top

Protecting Human Rights - . marissa and megan. what is human rights ?. the basic rights and freedoms to which all humans

Human Rights - . 2001 country reports on human rights practices we choose freedom and the dignity of every life - both

U.N. Human Rights Council - . report of the special rapporteur on the promotion and protection of the right to freedom of