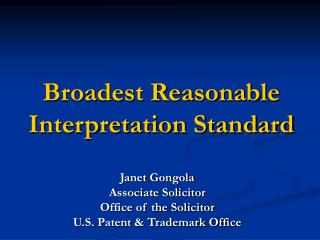 Oral Interpretation Guidelines - . the following information was borrowed from the 2001-2002 uil prose and poetry

Unified Carrier Registration Training Guide - . revised 4-2010. disclaimer: the information provided here is based on the

Biblical Interpretation II - . the meaning of the epistles. how hard can it be to read and understand personal

Observation and Interpretation - How god provides us with his word. revelation. prophet or apostle. illumination.