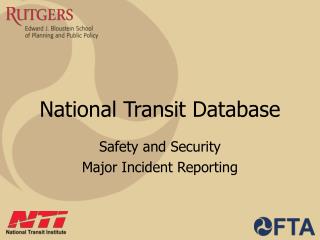 2010 National Transit Database Highlights : Table of Contents - . who reports to the ntd?: twice as many rural than urban

National Irrigation Database - . a national irrigation database would contain data about. how much water is required, and

The National IMG Database - . tracking the assessment, certification and licensing of international medical graduates in