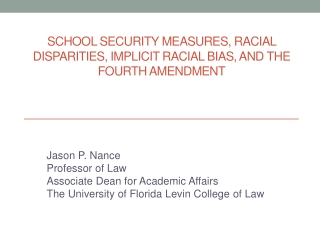 Loaded: A psychophysiological study of implicit racial bias and alcohol - Erns by condition and beverage. figure 4a.

Racial and Ethnic Disparities in Cervical Cancer - . note: rates are per 100,000 persons and are age-adjusted to the 2000

RACIAL DISPARITIES IN PRESCRIPTION DRUG UTILIZATION - . an analysis of beta-blocker and statin use following

Racial Disparities in Child Protective Services - . based on january 19, 2008 presentation. introducing the qualitative