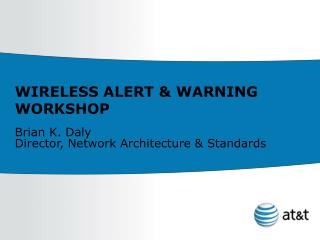 - WARNING - - . the following presentation contains explicit adult photos and language and is not suitable for minors. if

WORKSHOP on Advanced Wireless Technologies: Implications for Spectrum Management - “ allocation and assignment of

PR Warning: - . never pick a fight with someone who buys ink by the barrel…. what it is…. public relations is a