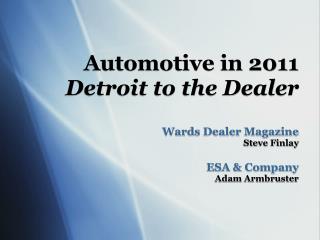 Automotive fasteners and measurements - . the metric system. european and asian [with the exception of sweden and the uk]

A More Polished Approach - To design alternatives!. a more polished approach. fpm metals has been a leader in both the