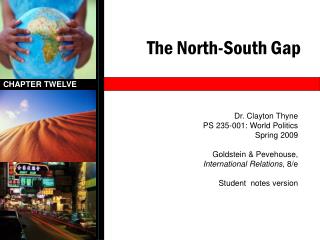 North-South - . economic disparity. background. after ww2, it was apparent a wide gap in wealth existed among different

The North and South - . chapter 12 notes. essential question. what was the effect on and the reaction of workers to

The North and the South - . a comparison. economy of south. economy based on agriculture most white southerners worked on

The North And The South - . pre-civil war mr. collins. geography of the north. from maine to iowa the north had a variety

North vs. South: The Survey - . please take our survey by following @dayna_browning and following the link in the

North and South - . the two koreas. objective:. to discover obstacles in the reunification of north and south korea and

North and South: - . the north’s economy. technology and industry. in 1800 most americans worked on farms. items that

North and South - Learner expectation. 5.5.spi.2. recognize military and nonmilitary leaders from the north and south

North vs. South - . life on the battlefield and home front during the civil war. military innovations from the civil war