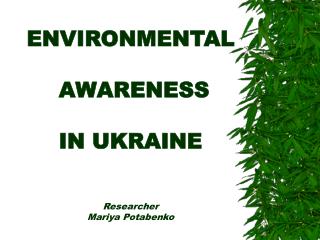 Environmental Awareness - . click to begin!. give earth a chance! . in this lesson you will see the following buttons:

Timeline of Environmental awareness - . an introduction to wikipedia articles related to ess. events. click on the box