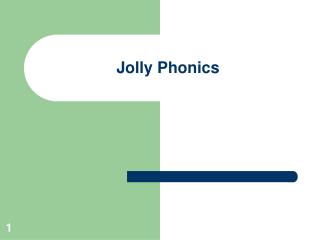 Phonics at Lightcliffe - . aims. to help you understand what phonics is. to share some of the strategies used to teach

Phonics Instruction How to Supplement Fundations - . julie burns reed 745. what is phonics?. phonics is instruction in

A Holly Jolly Christmas - . have a holly jolly christmas, it’s the best time of the year. i don’t know if there’ll

Phonics Instruction: Why and How - . a professional development workshop for caritas cw mf secondary school . map of

Phonics - . phonics falls under the subject area of language arts specifically reading. it is typically used from

Phonics Alive Being Creative with Phonics - . a nts on the a pple a a a. xianggang putonghua yanxishe primary school of