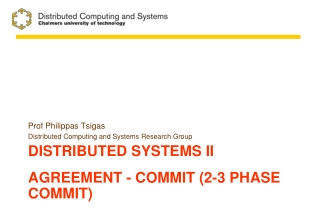 Two phase commit - . what we’ve learnt so far. sequential consistency all nodes agree on a total order of ops on a