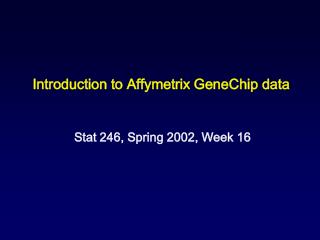 Normalisation and Analysis of the Affymetrix Data - . david j craigon. what i am not going to talk about. general

Introduction to Data Mining - . why mine the data?. lots of data is being collected and warehoused web data, e-commerce