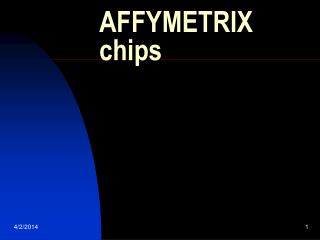 CHIPS!!!! - . by: miranda allred kaitlyn stout. question:. is it more likely for a bag of lays classic chips to have a

Affymetrix Latin Square Experiment - . one lot of 14 arrays were used for the study using spikes along with the

CPU Chips - . the logical pinout of a generic cpu. the arrows indicate input signals and output signals. the short

1. I went to the store to buy a bag of chips a can of soda and a box of Twinkies . - Bell work: copy these sentence in