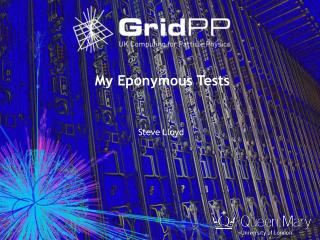 Eponymous Fractures - . boxer's fracture fracture of metacarpal bones classically transversely across the neck of the

Medea’s Soliloquy (from the eponymous tragedy by Euripides) - . i cannot do it. farewell, my resolve, i will bear off

Tests - . some background. testing. testing been in use for 50 years + increased over the last decade. provide an

TESTS - . svetlana yevchenko school of drabovo-prystantsiyna. a great many people think they are thinking when they are

Autoimmune Tests - When gluten is in the small intestine, the immune system assaults this part of the stomach tract and

Laboratory Tests - . chapter 15. blood tests. obtaining specimens phlebotomy is the puncture of a vein for the purpose of