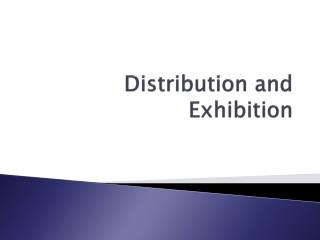 Distribution and Exhibition. What is Distribution?. Distribution is about releasing and sustaining films in the market place Vertical Integration - the three stages are seen as part of the same larger process, under the control of one company Statistical Techniques I EXST7005 - You are still here. statistical techniques i exst7005. the z distribution. the first

Chapter 11 - . goodness of fit tests. categorical. observations fall into one of a number of mutually exclusive