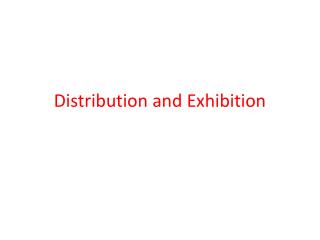 Ricardo’s Theory of Distribution and Growth - . david ricardo (1772-1823). “to determine the laws which regulate this

The Binomial Distribution - . section 5-4. objectives. find the exact probability for x successes in n trials of a

Normal Distribution - . the bell curve. questions. what are the parameters that drive the normal distribution? what does

Lecture 2 - Probability and statistics part 2: statistics. lecture 2. what is the probability of the weight at birth of

Trinity for Dynamics GP Distribution - . technology that changes everything. the prime objective of this ppt is to