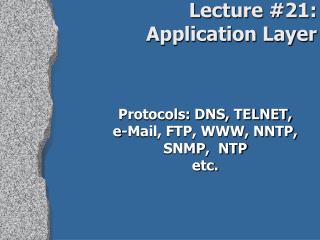 Elements of Transport Protocols - . the transport service is implemented by a transport protocol used between the two

Computer Forensics - . network protocols overview for network forensics. focus of this presentation. protocols with a few

Railway Mail Service - . what is rms?. introduction - mail office as a place of operations where operations are conducted