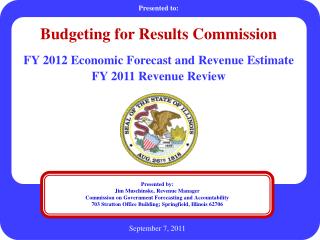 THE ROLE OF ICT IN INTERNALLY GENERATED REVENUE (IGR) - . a paper presentation at the first zonal ict infrastructure

IAAO Mass Appraisal Standard and How Our World Has Changed - . presented to: 2011 ncraao annual conference by george

Case Management and The Revenue Cycle - . aaham thursday, may 14, 2009. purpose of this case study. an assessment was

Revenue Recognition - . objectives of the chapter. 1. discuss the revenue recognition principle and the problems

ACCOUNTS RECEIVABLE &amp; REVENUE RECOGNITION - Accounting asw summer 2006 issue: what to do about bad debts? so

WITHHOLDING TAX ON COMPENSATION - . (revenue regulations no. 2-98, as amended) presented by: ms. lilybeth a. ganer, cpa,

Business Manager Roles and Responsibilities - . presented by:. patty verdouw verdouw – all one word. rhymes with her

HAPTER 10 - . the revenue cycle: sales to cash collections. introduction. questions to be addressed in this chapter

HAPTER 10 - . the revenue cycle: sales to cash collections. introduction. questions to be addressed in this chapter