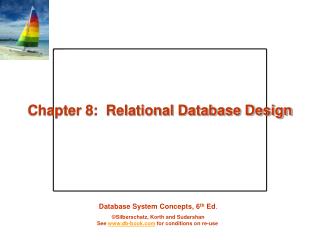 Example - HW - . let us design a database for a student record system, including information about these entities -

Database Management Systems - . chapter 3 data normalization. objectives. why is database design important? what is a

Unit 3 The Relational Model And From ER Diagram To Relational Database - . sets, relations, and tables. in this unit, we