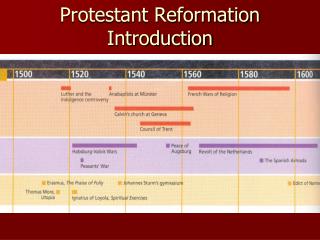 Protestant Reformation Introduction. Erasmus. Christian Humanist: Christianity should be a guiding philosophy for daily life. In Praise of Folly : humorous criticism of society’s corruptions esp. those of the clergy

THE REFORMATION, COUNTER REFORMATION AND RELIGIOUS WARS - . naisbitt/freiler. the bible and the reformation. gutenberg

Religion - . confirmation class moody afb, ga – september 2008. what catholics and others believe. why should we learn

CH 511 – The History of Christianity 2 - . the reformation in germany slides based in part on the story of christianity

The Anabaptists - . the church under the cross. emergence out of zwingli’s reformation. 1519, zwingli began attracting

The Protestant Reformation - . and counter reformation. reformation. was the major split in the christian church between