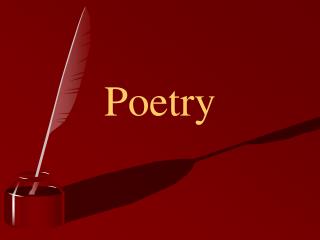 Poetry. Alliteration. What is it!?. Alliteration: the repetition of the same or very similar initial sounds in words that are close together in a poem. An example is: His soul sings like a saxophone. Your task: Create a line that uses alliteration of the ‘B’ sound.