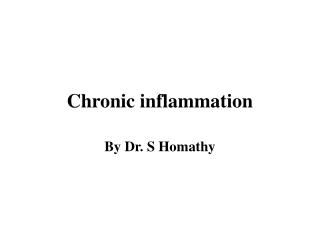 Acute Inflammation - . essential to the survival of organisms is their ability to get rid of damaged or necrotic tissues

Chapter 3 Inflammation, the Inflammatory Response, and Fever - . acute inflammation is the immediate and early response