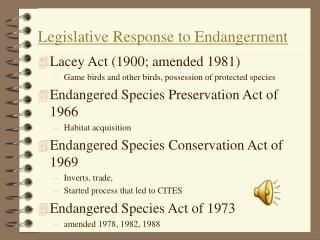 Penguin Endangerment - . background. although considered a bird, penguins or spheniscidae do not have wings, but rather

Extinction and Endangerment of Animals - . by yeomans vaamainuu room 17. definition of extinction. extinction is when an

Response to - . kerryann o’meara’s building the plane as we fly it . vcu sponsored program awards. 2013 faculty/staff

LEGISLATIVE - . by john brieden. show up. woody allen says that 80% of life is just showing up!. show up. make yourself

Endangerment of Our Closest Living Relatives - . group jrb. problem. chimpanzees are endangered because of poaching,

Sorbian: a case study of language endangerment - . find out a little bit about sorbian as a languageconsider the role of