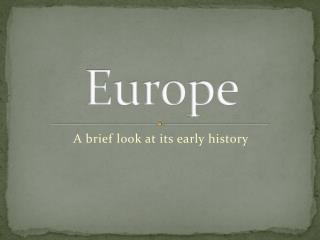 Europe. A brief look at its early history. Where is Europe?. Early Maps of t he World. Map of Europe (1400- drawn 2000). History of Europe. The first evidence of Humans was 35 000 BC Europeans first started to raise livestock and farm 7000BC.