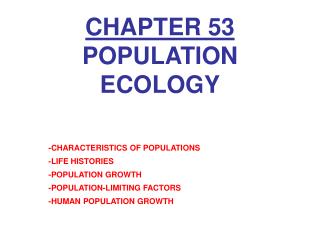 TOPIC 5: ECOLOGY and EVOLUTION - . 5.1.1. species: a group of organism that can interbreed and produce fertile offspring.