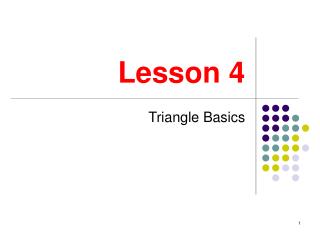 LESSON 4 - . neutral. it is logical to remain neutral in a violent argument between spouses. switzerland was a neutral

Lesson 4 - . paychecks and taxes. after studying this lesson you will be able to. explain the difference between gross

Lesson 4 - Review. lesson 4. based on the dean vaughan series. first term. the branch of medicine dealing with the

Lesson 4 - . what is the meaning of life? how to discover meaning according to viktor frankl. objective of this lesson.