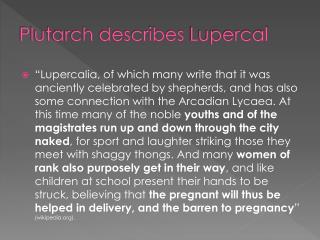 PLUTARCH - . who is he?. he is the most influential ancient philosopher. priest in delphi: occupied office 1 of the 2

What best describes Yellow Journalism? - 1 because of the explosion on the u.s.s. maine , president _______ called for a

“The good have no need of an advocate” Plutarch - . expanding educational access for girls. reality. *at the current

Interior Design – It Describes Your Personality - Asense, one of the leading interior designers bangalore, achieves the

The Mayan Calendar describes alternating cosmic energies - The mayan calendar is the only calendar. of this planet that