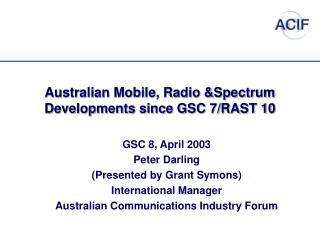 An Australian Type? - . selections and the bushman myth. by 1880 many colonists had gained land (or selections) from

Australian Small Scale Offerings Board The Do’s and Don’ts of Capital Raising - . november 2010. a background: tauro