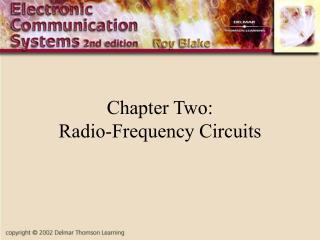 Chapter Two: Radio-Frequency Circuits. Introduction. There is a need to modulate a signal using an information signal This signal is referred to as a baseband signal The carrier needs to be a higher frequency than the baseband Chapter 17 - . quasars and active galaxies and other ultahigh energy sources. what are quasars?. radio astronomy began in

Chapter 2 Algebraic Methods for the Analysis and Synthesis of Logic Circuits - . fundamentals of boolean algebra (1).

Chapter #5: MOSFET’s - . from microelectronic circuits text by sedra and smith oxford publishing. introduction. in this