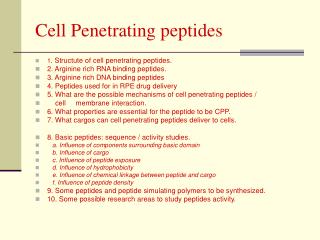 Antimicrobial Peptides - . an ancient immune system. antimicrobial peptides: what are they?. small proteins of cationic

GPR Ground Penetrating Radar - . ground penetrating radar (gpr) is a tool archaeologists will use more and more for