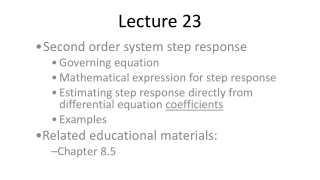 Lecture 23 - . mirrors lens. notation for mirrors and lenses. the object distance is the distance from the object

Lecture 23 - . chemical reaction engineering (cre) is the field that studies the rates and mechanisms of chemical