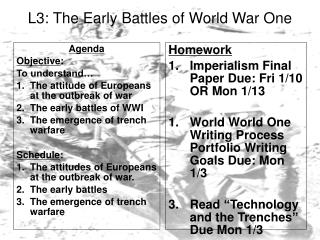 L3: The Early Battles of World War One L3: The Early Battles of World War One

Ethnic Group Responses to Church Outreach Methods - . study conducted for:. methodology: sampling. the sample for the

A neglected problem in the computational theory of mind Object Tracking and the Mind-World gap - . zenon pylyshyn rutgers

The Power of the Medieval Church - . bishops and abbots played a large part in the feudal system. the church controlled

The Role of the Church in Medieval Europe - . clergy. society in the middle ages consisted of “ men of prayer, men of

Introduction to the cold war - Objectives: identify the structure and demands of the course explore the key