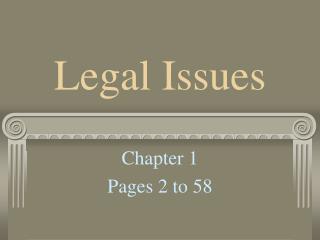 LEGAL AND PRACTICAL ISSUES IN MITIGATION - . “what works and what doesn’t” tom pors, law office of thomas m. pors

Legal Issues Final Review - . multiple choice. what is the situation in which a lawyer sues another lawyer for a serious