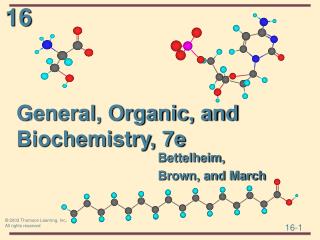 General, Organic, and Biochemistry, 7e. Bettelheim, Brown, and March. Chapter 16. Amines. Structure & Classification. Amines are classified as 1°, 2°, or 3° depending on the number of carbon groups bonded to nitrogen