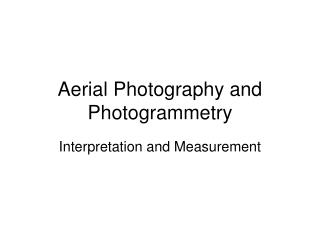 Aerial Photography - Flight line the path of the airplane over which a sequence of pictures is taken ... measure feature

Aerial Drone Photography - If you want to become a drone aerial photographer, then it is important that you choose the

Characteristics Of Best Aerial Photogrammetry Survey - If you are looking for aerial survey pilot companies in dubai,

Aerial Photography and Flight Planning - . by: chris peters. objectives. identify some basic regulations for a flight