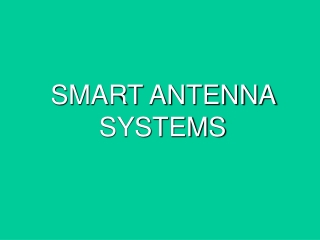 Smart antenna - . smart antennas use an array of low gain antenna elements which are connected by a combining network .

Smart Systems - . on the kenosha campus. switch it on. turn on the computer associated with the system might be hidden in