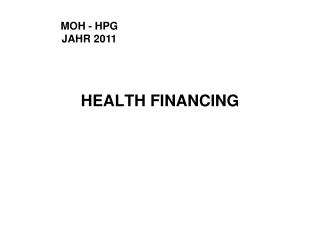 FINANCING STATE PROGRAMS - . bureau of legislative research, 2012. the arkansas budget. how big is it? where does it come

Chapter 11 Short-Term Financing - . learning objectives. after studying chapter 11, you should be able to: understand the

Workshop on “SMEs Financing in the Asia-Pacific Region: Crisis and Countermeasures” - (june 8-12, 2009, shanghai

Enrolling Families and Children in Medicaid and Child Health Plan Plus - . department of health care policy and

Financing, Access, Quality and Outcomes in Primary Health Care: The case of the Republic of Kazakhstan - . mr. aikan