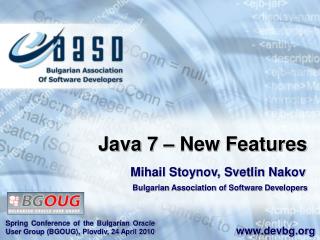 Introduction to java - Java is one of the world's most important and widely used computer languages, and it has held this

Ch4 – Features - . consider the following data from mokilese. can you identify complementary distribution? if so, write Lecture 5 ORACLE Security Features - . user terms . a database user account is a means to organize the ownership of and