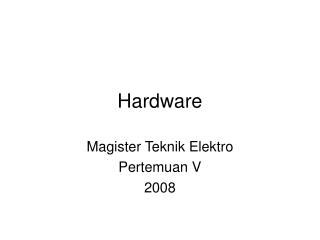 HARDWARE - . rashedul hasan. hardware. hardware is the tangible part/s of the computer. along with the processor, ram,