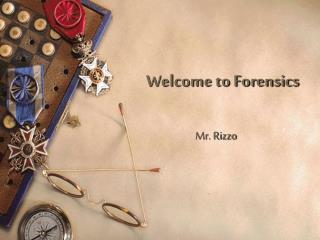 Computer Forensics - . network protocols overview for network forensics. focus of this presentation. protocols with a few

anti-forensics - . or as i like to call it, occult computing adrian crenshaw. about adrian. i run irongeek.com i have an

Computer Forensics Challenges of 2008; The major issues effecting the use of digital forensics in family law cases in

Ethics for Computer Forensics - . a consensus approach. thomas schwarz, s.j. with help from mark ravizza, s.j. and the