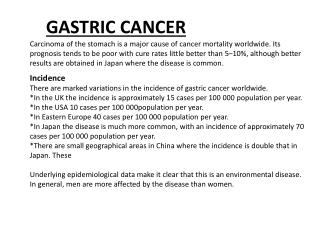 Gastric Cancer, Pancreatic Cancer, and Hepatobiliary Cancers - . objectives. the learner will be able to: identify the