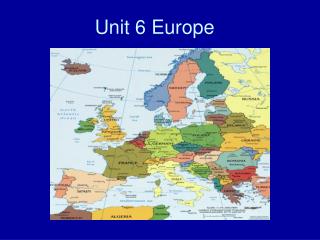 Unit 6: Europe - . introduction to europe. land area compared to the united states. europe consists of 44 nations and is

UNIT 6 FEUDAL EUROPE - . feudalism. the political, economic and social system that predominated in western europe between