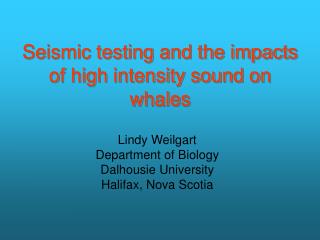 Seismic testing and the impacts of high intensity sound on whales Seismic testing and the impacts of high intensity sound on whales

Meteorite impacts - . comparative energies. no human in past 1,000 years has been killed by a meteorite. direct