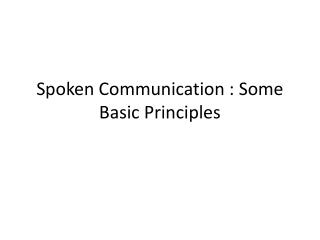 Chapter 4 Ecosystems: What Are They and How Do They Work? - . © brooks/cole publishing company / itp. key concepts.

Conversation analysis and the structure of spoken English - . we have seen the general features of spoken vs. written

Dealing with Difficult People - . communication skills. choices when dealing with people stay and do nothing leave change

Security I – General principles - . first, we will look at general methods of making a secure connection, which are