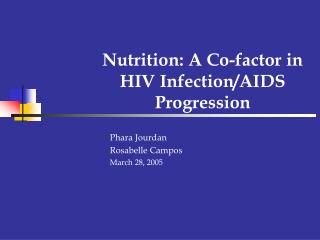 Nutrition - . what do you think of when you hear the word nutrition ?. what is nutrition?. nutrition is the process of

Dysphagia: Nutrition and Hydration Management - . funding for the educational program and/or materials is sponsored by

Basic Nutrition - . you will be given 10 seconds after each question before the slides advance to the answer page. to

Nutrition and reproduction – the sheep model - . stewart m. rhind. why are nutrition-reproduction relationships

Factor Endowments &amp; the Heckscher-Ohlin Theory Chapter 5 - . 1 introduction. we will study assumptions of the h-o