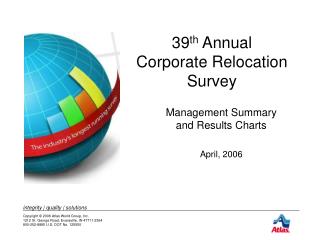 Survey Research in Criminology - . survey. survey is a series of questions asked of a number of people and designed to

Corporate Commitment and Strategy to Mine Rehabilitation and Closure - . presented by julius b. yballe. 53 rd annual

Employee Survey Results - . 2008. 2008 employee survey. employees were asked to respond to a survey of questions covering

Corporate Compliance - . what you need to know . corporate compliance. why have this training ? it is required by