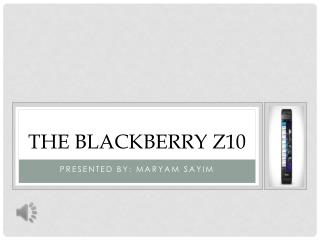 BlackBerry Z10 Interest FREE EMI - Stay on top of things more efficiently. balancing business and pleasure is easy with a

blackberry - . the first blackberry device, the 850, was introduced in 1999 as a two-way pager in munich, germany. the

BrickBreaker for the Blackberry - . a quick analysis.