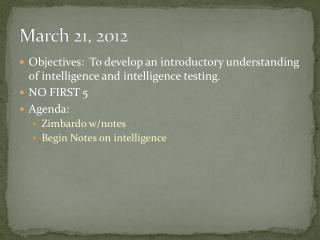 Wednesday, March 21, 2012 - . bellringer : what are the two biggest factors that are causing conflict in the middle east?

Omaha March 21, 2012 - . the mission of strong towns is to support a model for growth that allows america's towns to

Virginia Department of Health March 21, 2012 - How to use the toolkit: successful strategies for the prevention of

March 21 st - . back on that springboard grind: get your books, sit with table groups read learning focus on page 275