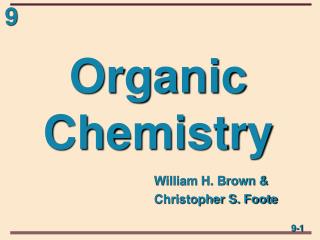 9. Alkynes: An Introduction to Organic Synthesis - . why this chapter?. we will use alkyne chemistry to begin looking at

Bell Activity Chem II January 3, 2012 - . discuss the real differences (by your understanding) in organic chemistry and

Section 2–3 Carbon Compounds - . this section explains how the element carbon able to form millions of carbon, or

UNIT B Environmental Chemistry - . acids and bases and their effects on the environment organic compounds and their