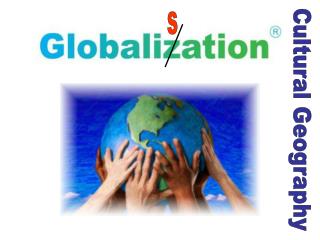 s. Cultural Geography. What is. s. ?. The term globalisation is contested, a general definition is…. An increase in the flow of goods , services , people , capital across national borders in order to create a more integrated and interdependent world economy. . Cultural Geography - . describes everything about the way people liveclothesdietarticles of use - artifactscustoms

Cultural Geography - Textbook. the bookstore has the text.it should be on the shelves soon.roberts had books on the

Cultural Geography - . of the united states and canada. immigration – the movement of people into one country from

Cultural Geography - . what is culture, exactly?. culture includes all the features of a people’s way of life. it’s

CULTURAL GEOGRAPHY - . what are the main parts of culture?. it is a way of life for a group of people cultural groups are