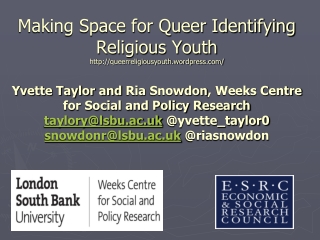 Population Sampling in Research - . pe 357. participants?. the research question will dictate the type of participants

Recruiting Conversation Participants July 11, 2013 - . today we will discuss. quick overview of the national dialogue on

Opening - . course objective. the participants will 1. become aware of the importance of good listening skills. 2.

100 Participants! - . fraser barclay. the information. for the following questions on this page please presume that the